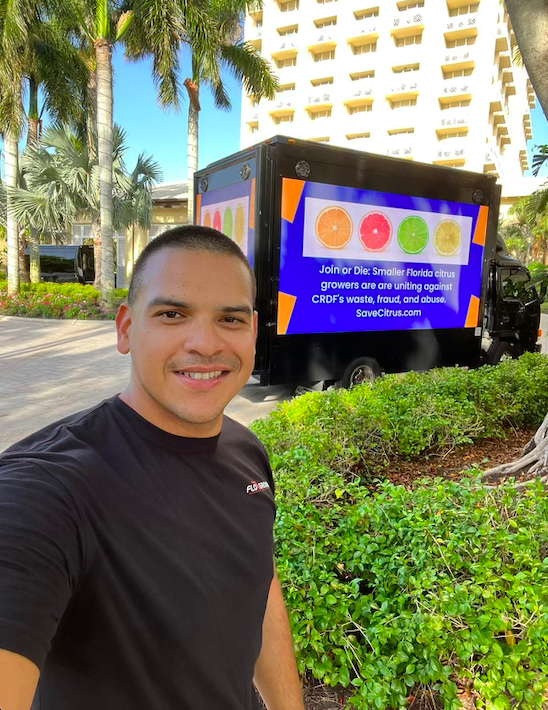 Save Citrus joined Florida citrus growers, processors, and others in the industry at the annual Florida Citrus Industry Annual Conference in Bonita Springs.

Our own Jesse Rojas attended the Citrus Research and Development Foundation board meeting, whose COO Rick Dantzler greeted him. The two later had a brief chat.

Rojas met other citrus industry leaders and advocates after having spent two weeks in the groves with smaller, independent Florida growers.

Save Citrus sent a mobile billboard to the event to speak out on behalf of the smaller growers, highlighting issues of concern and raising uncomfortable questions. Rojas is pictured in the hotel entry with the billboard truck.

“It was a nice family-style event, all very cordial, though I don’t think the big industry takes the plight of the small family growers very seriously,” Rojas said. “Certainly most of the smaller growers are reluctant to make their views known for fear of retribution or some other factor.”