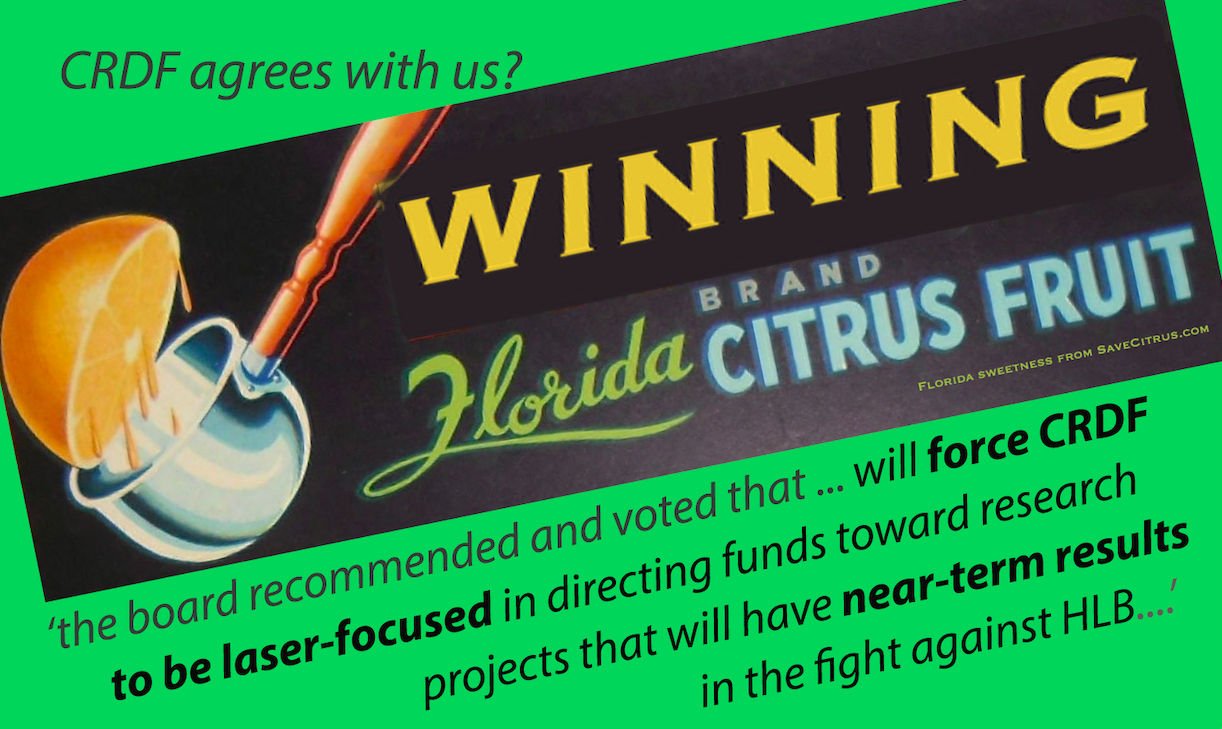 Faced with accelerated crop destruction after its decision to pour millions into long-term solutions to HLB/citrus greening, the Citrus Research and Development Foundation reversed course to “force” itself “to be laser-focused” on “near-term results,” Citrus Industry reports.

CRDF’s decision confirms what Save Citrus has been saying since we started two years ago: The research entity’s focus on unnecessarily slow solutions – at the expense of promising short-term and potentially off-the-shelf solutions – would cost independent Florida growers years of precious time and wipe out their groves.

“With the taxing mechanism confirmed, the CRDF board of directors debated, recommended and voted on the tax rate, which has been 3 cents per box (the maximum rate) for the past several years,” Citrus Industry reported on June 21.

“After considerable discussion, the board recommended and voted that the rate be reduced to 2 cents per box. Board members noted this reduction in revenue (about 33%) will force CRDF to be laser-focused in directing funds toward research projects that will have near-term results in the fight against HLB,” Citrus Industry said.